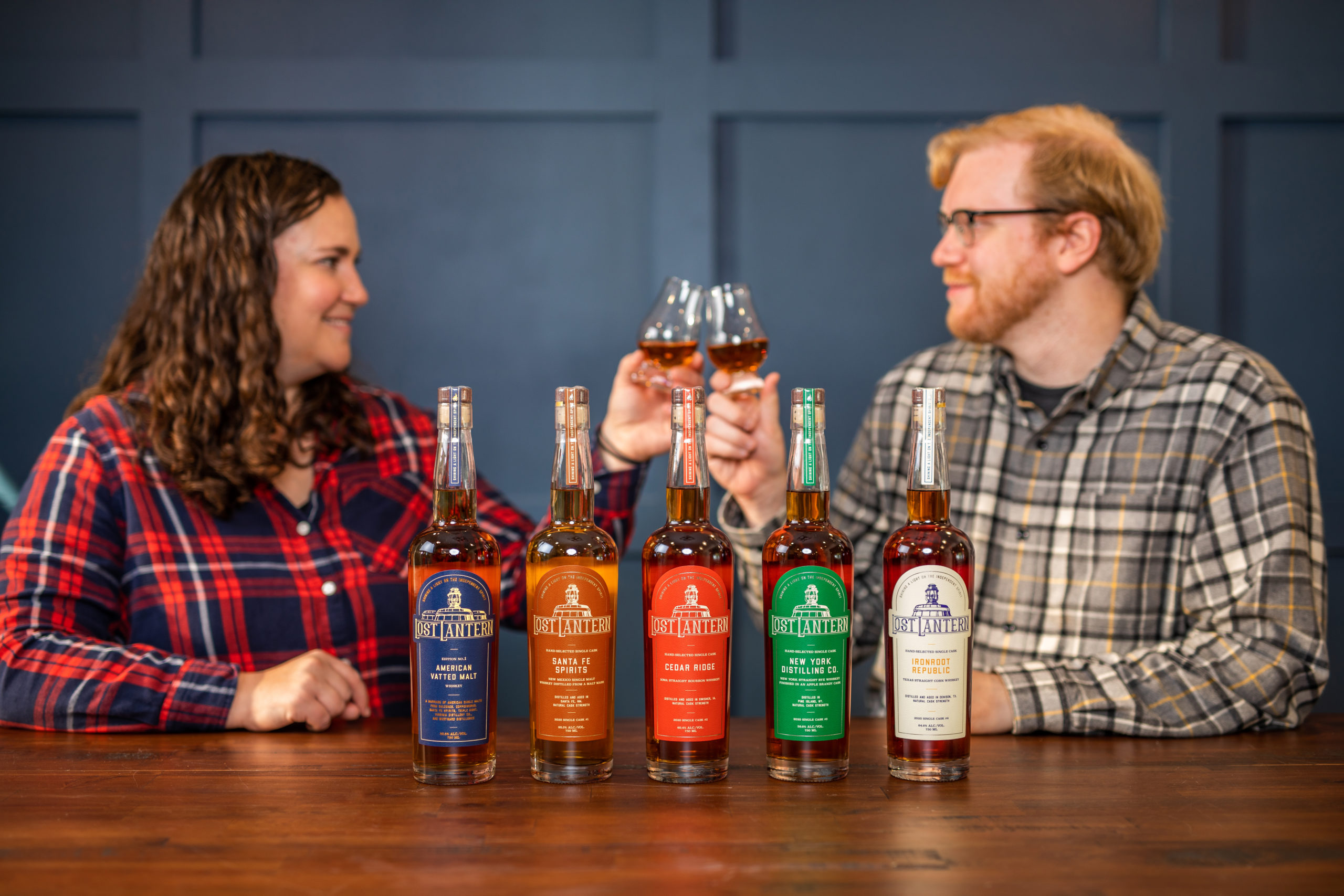 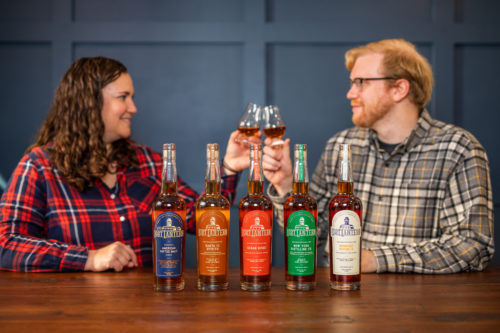 “Despite Covid-19, we were struck by the support we’ve received,” said Adam Polonski, co-owner of Lost Lantern Spirits, a Vermont-based independent bottler of American whiskey. “From our bank to VtSBDC, it’s evident how supportive Vermont is towards young entrepreneurs.”

Polonski and his partner Nora Ganley-Roper recently relocated to Weybridge, Vermont from New York City. Prior to founding Lost Lantern Spirits, Adam was the senior whiskey specialist at Whisky Advocate, where he saw a wave of new U.S. distilleries opening in recent years and a shortage of independent bottlers.

“There are now around 2,000 distilleries in the United States, and there’s no easy way for whiskey lovers to discover the best and most exciting ones,” Nora said. “We realized that somebody was going to do this sooner or later and that, between Adam’s experience and contacts at Whisky Advocate and my palate and background in startups and operations, we were the ones who should do it.”

So Adam and Nora hit the road. They spent eight months visiting distilleries across the United States, literally taking in the full landscape of American whiskey. “Adam’s contacts through his time working at Whisky Advocate has given us access to whiskey that isn’t generally available to other companies,” Nora said.

When they returned home from their travels, they realized they needed help fleshing out their business plan and exploring financing options. So they reached out to the Vermont Small Business Development Center (VtSBDC) and set up a meeting with business advisors Sarah Kearns and Steve Densham.

“We loved working with both Sarah and Steve,” Nora said. “Steve was my numbers dude, and Sarah was the big picture person. Steve stress-tested my numbers a lot. He would call me at 8 a.m. on a Saturday and we’d go way into the weeds together. Steve also made introductions to the banks we worked with, which gave both parties immediate credibility and confidence. I felt like once Steve had put me through the wringer, we could do anything. Sarah would ask high-level questions and make sure that when we were writing out business plan, we were covering all the bases.

“Neither Sarah nor Steve will pull any punches,” Nora added. “They will tell you what you need to hear, not what you want to hear. And that is invaluable.”

In February, Adam and Nora submitted a traditional SBA loan application. But, due to Covid-19, a process that normally takes no more than a couple of weeks took almost six months. “We were truly so impressed by our experience with the bank,” Nora said. “They reached out almost once a week to reassure us that they wanted to work with us, they just needed some time to process the PPP loans that were coming through.”

With the financing hurdle finally behind them, Nora and Adam planned to release their first bottles in May. But the spirits industry came to a sudden halt when stay-at-home orders went into effect across the country. “Some states kept liquor stores open, but it was nearly impossible to get new products on the shelves,” Nora said.

Luckily, Covid-19 soon opened up a new distribution opportunity. “Before Covid hit, there wasn’t really a demand to ship whiskey directly to consumers because it’s historically been a logistical nightmare,” Nora said. “But that all changed almost overnight. In the last six months, we’ve seen a huge demand for platforms that allow you (the business) to interface with local retailers and ship directly to consumers.”

Along with the way they bring their product to market, the pandemic has also changed how they connect with potential customers. “Traditionally, marketing a new product would entail going to NYC with a backpack of whiskey, talking to media, and meeting with buyers at a bar,” Nora said. “It was a completely hands-on approach to sales. But now things have moved to Zoom tastings, accessible to people all across the country. Actually, this really democratizes the way the spirits industry works.”

In October Lost Lantern Spirits released its first whiskey—a single-malt blend from six U.S. distilleries the couple visited in person during their cross-country whiskey tour. “We did a ‘sneak peek release’ completely online,” Nora said. “It’s a total departure from our initial plans, but it just goes to show you how much and how quickly an industry can adapt,” Nora said.

American Vatted Malt Edition # 1 was soon followed by four other unique whiskeys—a bourbon whiskey, rye whiskey, corn whiskey, and single malt. Nora and Adam purchase whiskey from distilleries all over the country and release them as single casks or blends, with full transparency of their origin. “We’re taking a model that existed, and thrived, in Scotland for over a hundred years and applying it to the U.S. market,” Nora said. “We’re part blending house and part whiskey curators.”

Lost Lanterns Spirits is available for purchase in 40 states through lostlanternwhiskey.com and Seelbachs.com.