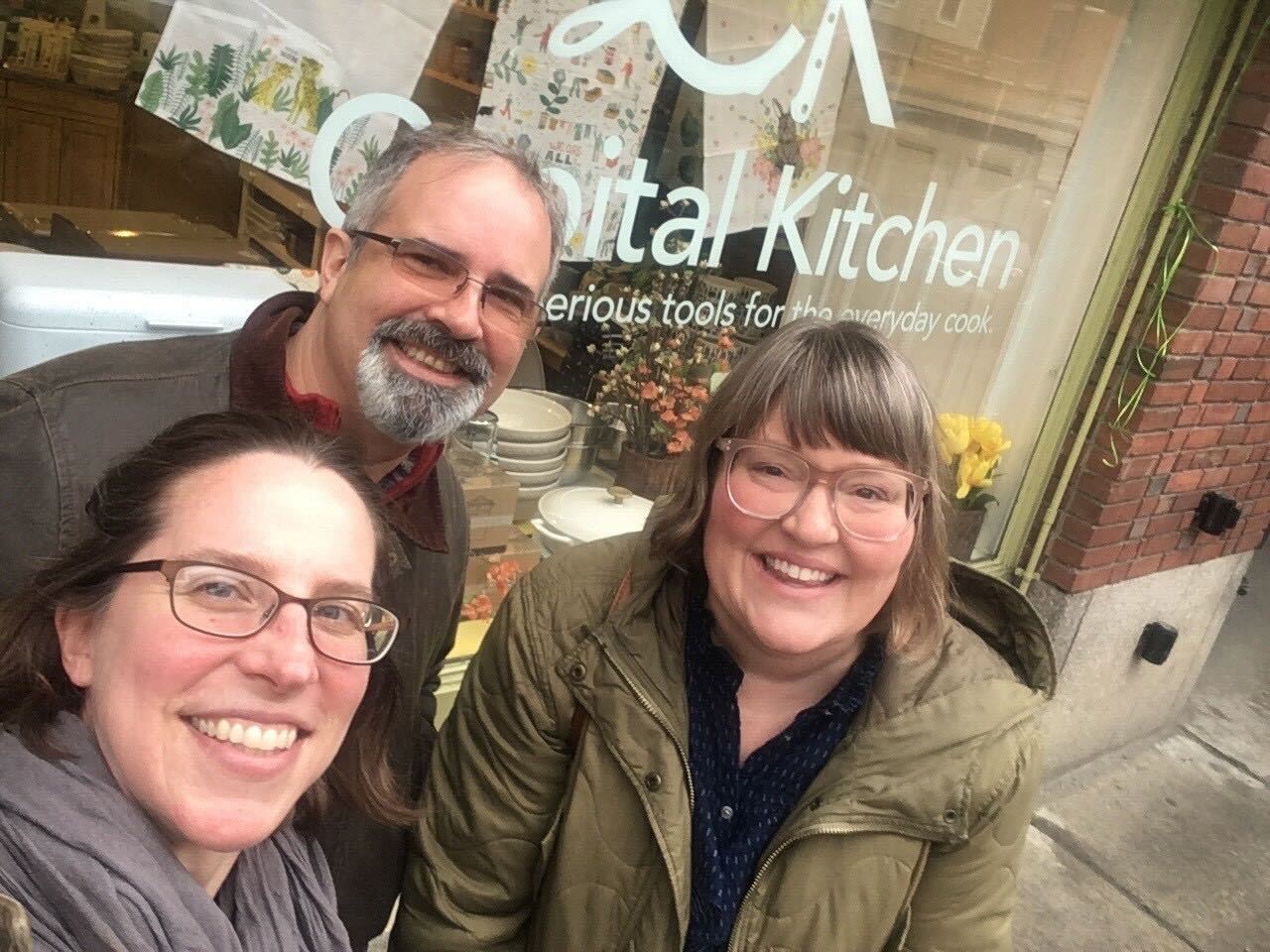 “I had been wanting a place for a long time,” said Chris McDonald, who recently purchased Capital Kitchen, a small kitchen supply store in downtown Montpelier. “I’m in my early 50s, and I felt like this was my last opportunity to do something on my own.”

McDonald had been eyeing Capital Kitchen for a while. It’s located less than a block from Bear Pond Books, a store he managed for the past 15 years. He met Capital Kitchen’s previous owner, Jess Turner, two decades ago when he first moved to Montpelier. They lived in the same apartment building and shared a love for cooking.

So, one day last summer he asked whether she had any interest in selling. It turns out, she did. Although McDonald had considered starting a business from scratch, he was thrilled by the idea of buying an existing business with a strong local following. So the two struck up a deal, and McDonald began the process of securing financing.

He reached out to the Vermont Small Business Development Center (VtSBDC) and was connected with business advisor Charley Ininger. “He has been phenomenal,” McDonald said. “I don’t know what I would have done without him. He navigated everything. I almost felt guilty for taking so much free advice.”

McDonald was also impressed with the support he’s received from Montpelier’s downtown business association, Montpelier Alive, as well as from local shoppers. “We have a very strong ‘buy local’ movement here,” he said. “People really do honor that.”

Things haven’t slowed down since McDonald took over the business on April 1. “I have to admit that it’s more work than I thought it was going to be,” he said. “It’s a lot of work, especially when you’re doing most of it yourself.”

He said that figuring out how much product to bring in to the store’s 800-square foot space is a struggle. “You don’t want to overwhelm people,” he said. “Managing inventory is the trickiest thing in the world.”

While he has been enjoying getting to know the ins and outs of kitchenware, McDonald said he relies on good sales reps to steer him in the right direction. “I’m trying to find products that are going to last a lifetime,” McDonald said. Along with bigger ticket items, like cookware and knives, the store also has a large selection of small kitchen gadgets in the $6-10 range. “That’s our bread and butter,” McDonald said.

Capital Kitchen is open 10-5 during the week and 10-4 on Saturdays. For more info: capitalkitchenvt.com.