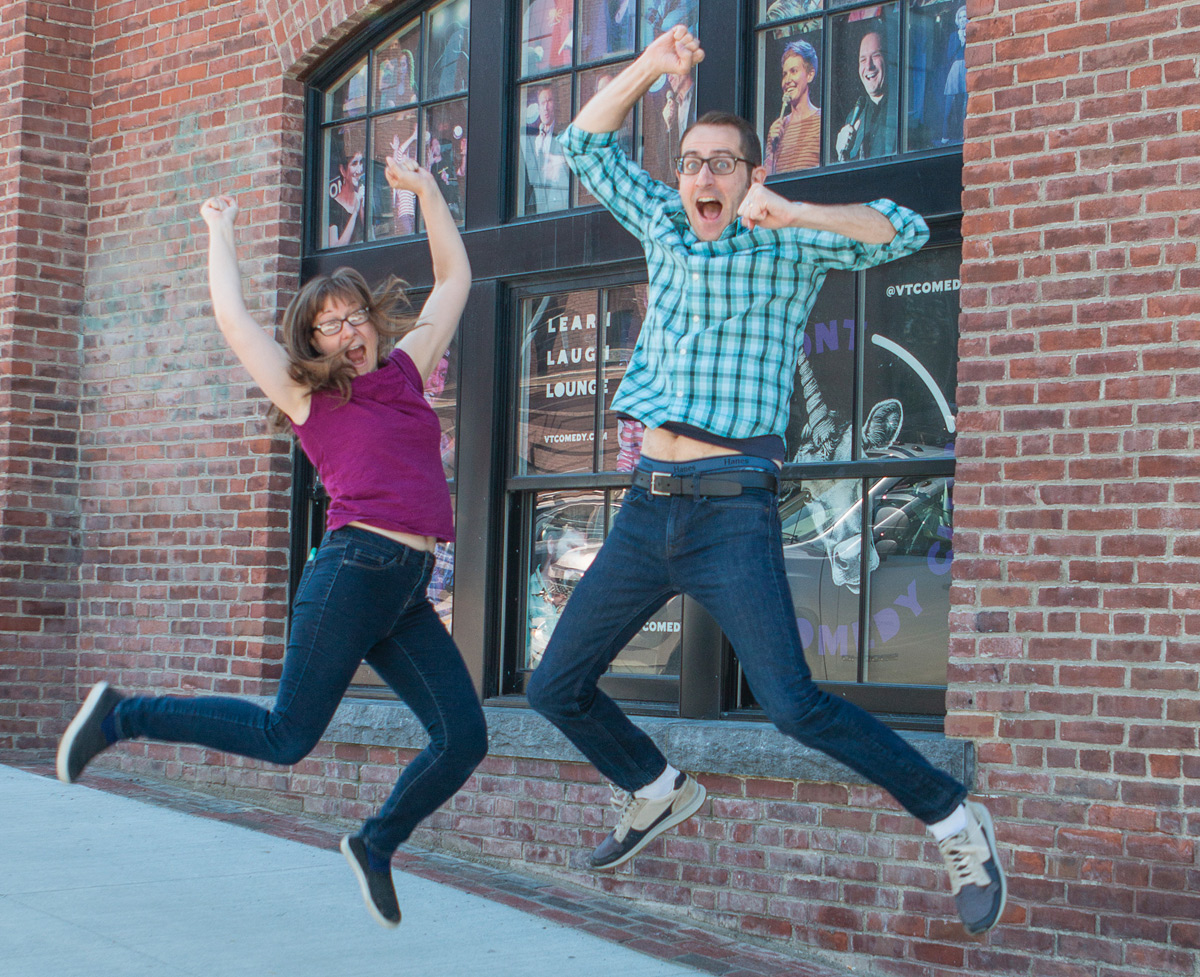 When Nathan Hartswick and Natalie Miller were growing up in Vermont’s Northeast Kingdom, they grew to love comedy and the personalities and creativity a good comedy scene can produce. They wanted to be a part of it, and they wanted to bring it to Vermont.

First, Hartswick and Miller began performing. As the pair honed their comedy chops, they encountered others who were interested in getting the comedic creative juices flowing. So, five years ago Hartswick and Miller started offering comedy classes to would-be stand-ups.

“After building a market for live comedy in Vermont, we wanted to give it a true home, where we could grow the community of performers and the audience,” Hartswick said. And the Vermont Comedy Club at 101 Main Street in Burlington was born.

Opening its doors in December 2015, the Vermont Comedy Club is the only full-time and improvisational comedy venue and training center in Vermont, offering shows five nights a week and classes for all ages. The club is already attracting high quality talent from popular televisions shows such as The Daily Show, The Tonight Show with Jimmy Fallon and The View.

But with very little experience in finance and business, Hartswick and Miller knew it would be a challenge to get their doors open and soon reached out to Vermont Small Business Development Center Area Advisor Steve Densham.

“There were so many questions,” Hartswick said. “How do you write a compelling business plan, where do you seek funding, how do you structure investor deals, city permitting, realistic projections, etcetera that we needed the advice of a knowledgeable professional on our journey,” he said.

The budding comedians worked with Densham for months as the business took shape. “He made himself available to us, particularly at the most stressful times,” Hartswick said. “It was invaluable.”

“There is no way our club  would be open right now without VtSBDSC,” Hartswick said. “The business, and frankly emotional support we got was critical to our success. In a world that can be impersonal and dehumanizing, Steve believed in us. Sometimes that’s all you need to keep going.”

For more information on the Vermont Comedy Club or for a listing of latest performers, check out www.vermontcomedyclub.com.